Summary and Aims of the Trust 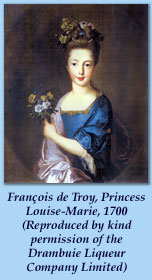 The Jacobite Studies Trust has been founded to promote the study and the understanding of the History, literature, languages, art, music and iconography of the Jacobites. The period covered is from the departure of James II in 1688 to the death of Henry Benedict Stuart in 1807 and will encompass their friends and supporters in Britain, Ireland, France and the rest of the world, their activities, their views and ideologies and the diplomatic and military contexts in which they operated.

In recent years there has been a growing interest in Jacobite Studies, which has attracted outstanding scholars, young and old. The Jacobite Studies Trust seeks funds to assist developing young scholars and to provide a transition from Ph.D. study to academic posts as a means of spreading knowledge of the subject into the wider community. Late seventeenth and eighteenth century history should include the study of the Whig and Tory/Jacobite points of view, as the dialogue was always between the two and we get half the story only if we look at the Whigs only. The Jacobite Studies Trust will organise periodic conferences for young as well as senior scholars of Jacobitism and publish their proceedings. The work of scholars working on a Whig critique of Jacobitism will be included too.

A crucial aspect of Jacobite Studies is the Jacobite Diaspora in Europe and North America. A much larger number of Jacobites went into exile than the number of Huguenots who came to England and they made a far greater contribution to the economy of the host countries. The Jacobites played a major role in the life of France and Spain. They founded the Navy of Peter the Great in Russia and dominated the Swedish East India and Madagascar Companies. There were successful Jacobite merchants circling Europe from the Baltic to Spain and banking dynasties, with branches in several European capitals. They were responsible for introducing new inventions and technology in Europe and North America. This is virtually unexplored territory and the long-term programme is to find and identify all the Jacobites in Europe, the USA, Canada and the West Indies. The Trust seeks to cooperate with the European Union and North American as well as British Institutions in developing the Jacobite Studies project.